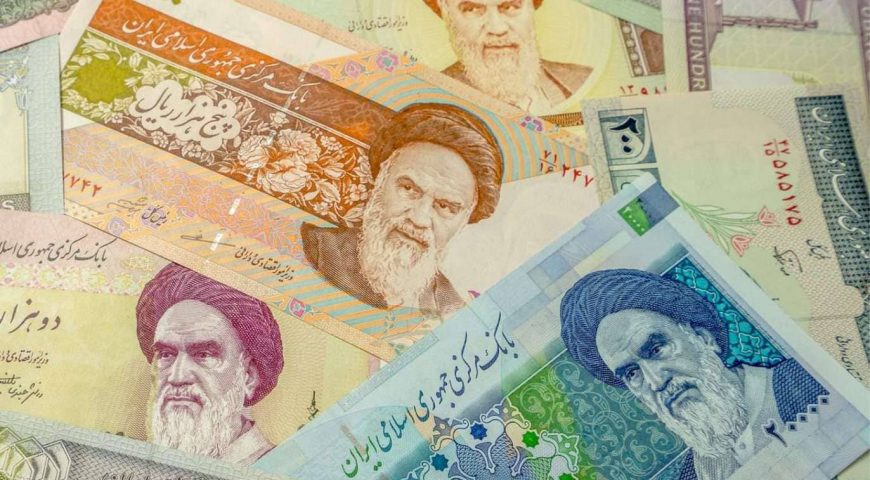 As you may already know Rial is the currency of Iran. Despite the fact that Toman is not an official unit of the Iranian currency, Iranians often express the amount of money and the prices in Tomans. For Instance, 30 Rials equals 3 Tomans. However, the price tag on a stack of apples might express 80000 Rials, but when you ask the shopkeeper he/she would say 8000 Tomans.

Before the Decimalisation in the year 1932, these currencies and coins were commonly used and the terms associated with the currencies still are used in Iranian sayings and proverbs.

All of these bills bear the signature of the President of Iran’s Central Bank. The 100, 200, 500 bills are not commonly used these days and now people bear 100,000 Rial bills inside their wallets. Below are the scanned images of Iranian banknotes:

In 1989, it was proposed that the Central Bank should issue banknotes larger than 10,000 Rials. Eventually, in 1992 the Central Bank requested the government’s permission to print 20,000, 50,000, and 100,000Rial bills; though the permission was not granted due to the probable increase of inflation and counterfeiting. The 10,000 Rials banknote remained as the largest banknote for 50 years until 2005. Then 20,000 Rial and subsequently 50,000 Rial bills were introduced with designs related to the nuclear energy program. The banknote finally was presented on March 12. On the note, you can see a quote by Prophet Mohammad saying: “Even if the knowledge is at the Pleiades, Persian people would attain it”.

Currently, 500,000 Rial and 1,000,000 Rial Cheques are used very often and circulate freely throughout Iran. The Central Bank used to permit some of the major state banks to issue their own Cash Cheques. They were a sort of bearer-teller’s-cheque presented with fixed amounts, issued and used as official banknotes. After acquiring these notes from the bank they could function as cash for a year. There were two types of banknotes. One of them was Iran Cheque that could be cashed in all financial establishments. The other one could be cashed at the bank which the Cheque was issued. These Cheques could be issued in 200,000, 500,000, 1,000,000, 2,000,000, and 5,000,000 Rial notes.

Central Bank of the Islamic Republic of Iran revoked this feature and currently issues Cheques known as ‘Iran Cheques’ in denominations of 500,000 and 1,000,000 Rials.

To exchange your money you can go to banks which have an ‘Exchange’ sign on their entrance. There are also exchange offices at the airports and also Tourist districts; so, you can refer to one of these spots in order to change your money. These offices are called ‘Sarrafi’ in Persian which means ‘money exchanger’. In tourist areas, you can also see some people shouting the names of currencies. They exchange money in the black market. We recommend not using this option and instead referring to the nearest currency exchange office or going to certain authorized banks. Using major international credit cards is not recommended because of the sanctions imposed on the Iranian government. We suggest using cash or communicating with a reliable travel agency that provides credit card services. It is important to note that you can change major currencies like USD, EUR, GBP, AED almost everywhere; but for other currencies, you may need to refer to certain banks. You can also use Travellers Cheques at some hotels, offices, and shops but it is not a reliable way of bringing money to Iran. Regarding these points, we can conclude that it is better to bring major currencies such as USD, EUR, GBP in cash when you want to travel to Iran.

The Central bank of the Islamic Republic of Iran announces the value of the currencies every day. The district of Ferdowsi Street up to Ferdowsi Square also has many exchange offices which you can go and check the value. Some of these offices are Arad, Melli, Bazarian, Etemad, and Olympic Currency Exchange Offices. Yet there is another option available and that is referring to the exchange office on the second floor of Imam Khomeini Airport (IKA) in order to change your money or check the values.

Tipping in Iran is not very common. In upscale restaurants especially in Tehran, a 10 percent tip might be expected but anywhere else any money you leave in gratuity may be a pleasant surprise. It is absolutely normal to give a small tip to the waiter or the doorman. If the person refuses to take the tip you should try a couple of times and he/she may take it after all!

As we mentioned before, the prices might be in Rials but people usually say the price in Tomans. 600,000 Rials is actually 60,000 Tomans so be careful not to pay the price 10 times more. The Toman is not an official currency unit but maybe it is the Iranian way of getting rid of one zero!

Bills are widely used but using local credit cards is on the rise these days as many people use credit cards in daily deals and transactions.

Different types of paper money are used in the everyday lives of people such as 10,000, 20,000, 50,000, 100,000 Rials. But these bills are not appropriate for large transactions since they take a lot of space and maybe not safe to carry around.

Today you are able to carry bills with larger amounts called Cash Cheques in denominations of 500,000 and 1,000,000 Rials specifically designed to fill this gap.

There are a lot of ATMs in Iran but only for local transactions and for you in order to carry your money around safely, you need to contact a reliable travel agency.

As we mentioned before you cannot use major international credit cards in Iran due to the sanctions. Instead, you can use a local credit card which we can provide for you. This could be done by contacting our company.