This city had been the capital city of Iran during the Safavid Period. Therefore, there are many unique and beautiful buildings in this city. The Zayandeh Rud River also has added to its beauty. Most Accommodations exist on the side of this river. Isfahan has 5-star luxury hotels and also the only 5-star historic hotel inside the historic district of the city.

However, there are also budget hotels having all kinds of amenities. The only 5-star historic hotel in Isfahan is the Abbasi Hotel. Besides, we can see traditional hotels with architectures that have combined history and modernity and are generally located within the historic district of Isfahan. 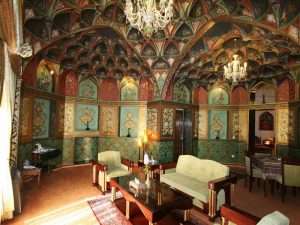 One of the oldest hotels in the world, breathtaking architecture, an amazing outdoor coffee shop, and a restaurant are gathered together to create a beautiful and unique hotel in Isfahan. You can walk through Safavid architecture and feel a great atmosphere. The hotel includes some unique suites named Qajar and Safavid in addition to the single and double rooms and normal suites.

The garden that is inside the hotel resembles Persian Gardens and has an amazing atmosphere. The variety of the restaurant and the coffee shop in the hotel let you have a lot of options. In addition, different halls, a fitness club, swimming pool, and massage are some services that the hotel provides for you besides the traditional environment. 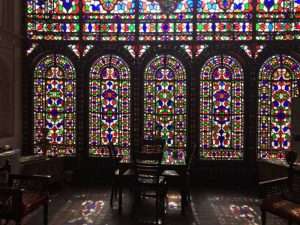 Atigh Traditional Hotel, with 200 years of history, became open after being restored in 2013. This house has also been enlisted as a National Heritage Site. This complex is located in the Shahshahan neighborhood and includes a front yard and a courtyard and the entrances have three vestibules with long isles. Atigh Traditional House is similar to a museum and is very beautiful and unique with a relaxing atmosphere. This hotel is also close to shopping and recreational centers. Atigh Hotel with trained and skilled staff is honored to be your host in Iran. 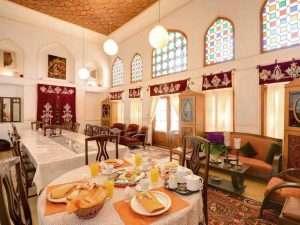 Bekhradi Historical House is a building belonging to the Safavid era. This place has 400 years of history that shines like a gem in the city of Isfahan. The house is placed at the end of the Bagh-e Jamilan and is equipped with the latest and modern amenities. Bekhradi House is located in the Sonbolestan neighborhood which has a long and ancient history. 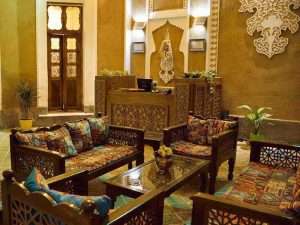 3-star Isfahan Traditional Hotel, with its traditional design, is one of the remaining historical buildings from the Safavid Era. This Hotel is located inside the historic district of Isfahan and near the shopping centers. Setting the beautiful traditional design aside, this hotel is equipped with up-to-date and modern facilities and has met international standards.

All the hotel rooms are situated around a courtyard in which a pool and fountains exist and this has added to its beauty. The nearness to Chahar Bagh street, Naqsh-e Jahan square, and the major tourist and historical attractions is a big advantage. 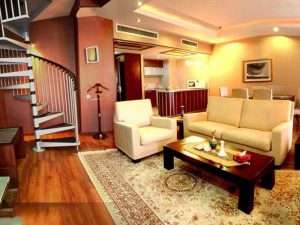 One of the biggest and the most equipped hotels in Isfahan is the 5-star Parsian Kowsar Hotel and is located near the Zayanderud River and Si-o-se-pol Bridge. So the location and the view are great. Access to monuments and historical sites in Isfahan is also easy. Besides single and double rooms they offer royal and duplex suites.

In addition, there are outdoor and indoor restaurants with various foods and drinks. Some other services like the gift, Souvenir and confectionery stores, photography services, ATM and parking spaces are available in this place. 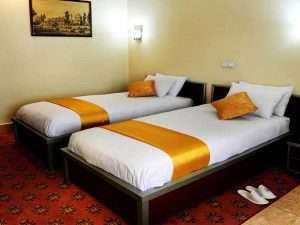 The 4-star Piroozi Hotel is one of the cleanest and well-appointed hotels located at the heart of Isfahan so the access to the famous monuments and historical places in Isfahan is great. For instance, it’s just 5 minutes away from Chehel Sotoun and 10 minutes away from Naqsh-e Jahan Square. This hotel also has reasonable prices. They offer single and double rooms and luxury suites. Plus the hotel has a nice coffee shop and a conference hall. It does also have wifi and non-smoking rooms.