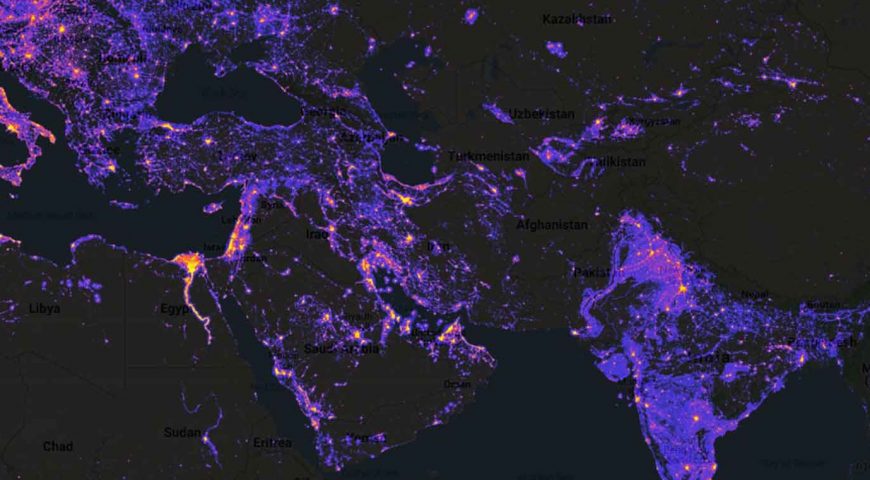 Less than 100 years ago, everyone had a chance to look up and see a spectacular starry night sky with millions of Stars but Nowadays, millions of children across the world will never experience the Milky Way where they live. The widespread and increased use of artificial light at night is not only impairing our view of the universe, but it is also unfavorably affecting our environment, our energy consumption, our safety, and our health. Light Pollution

Nobody believed that lights could become one of the threats against human beings and also other types of species. Nowadays, we can see that lights are a major threat to the life of humans, plants, and also animals.

Not only the light pollution is a threat to human life but also it’s a big problem for the night sky and makes the night sky “the forgotten nature”.

The following image is the light pollution map of Iran:

You can see that there is a huge place in the east of the country that is far from the sources of light pollution. This vast area of land is a desert in the middle of the country. Astronomy in Iran