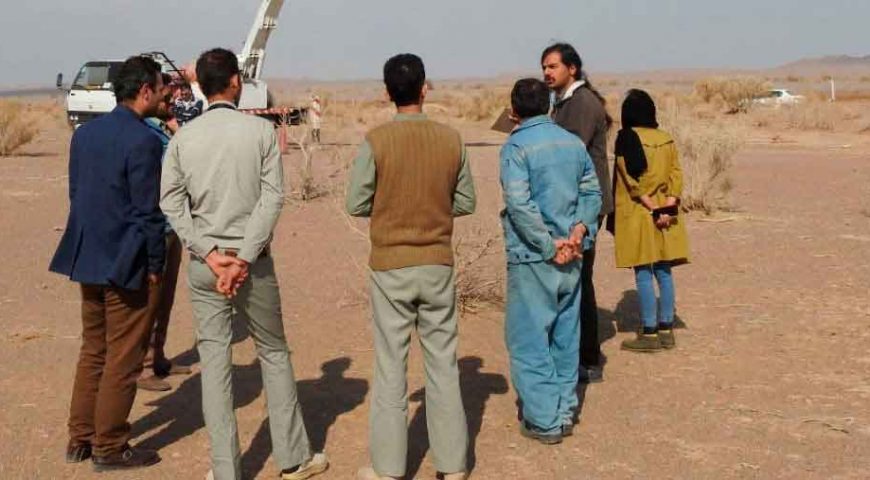 The Safe Area for Macqueen’s Bustard

An environmental activist said in an interview with the Mehr reporter; The Safe Area for Macqueen’s Bustard

Macqueen’s Bustard habitat in Abbas Abad Wildlife Refuge in Isfahan was secured by installing 450 spirals over 7 km from the lines of the regional electric power distribution network in order to protect this species from the accident with power lines during flight. Iman Ebrahimi added that “Avayeboom Bird Conservation Society” implemented the project by the “Avayeboom Bird Conservation Society” and Isfahan Electricity Distribution Company; in collaboration with the Department of Environment of the province on February 28, 2019. However,

Abbas Abad Wildlife Refuge has an area of 400 thousand hectares. It is located in the east of Isfahan province and in the city of Naein. This area is one of the most important habitats for cheetah and is the designated habitat of the Asian Cheetah Conservation Project. In addition,

The director of the Avayeboom Bird Conservation Society emphasized: Abbas Abad Wildlife Refuge is one of the safest and best habitats for Bustard’s life in Iran. In this part of the region, where a significant population of Bustard lives; it has been seen for years that this remarkable species hit the power distribution lines and died of the injury. Although,

In this regard, in the first action, the Avayeboom Bird Conservation Society began negotiating with the Birds Committee and the Electricity Networks; a specialized committee on reducing the conflicts of the transmission and distribution networks of birds. Eventually, the Power Distribution Company approved the implementation and financing of the immunization scheme of Abbas Abad power lines to prevent the death of Bustards. Therefore,

Finally, on February 28, 2019, after months of effort and planning, they started the implementation of the immunization scheme. Hence,

Macqueen Bustard is a rare species of bird in Iran. The species likes to live in desert habitats; it has suffered a decline in population due to over-hunting, droughts in some areas, and the destruction of habitats in its area. However,  The Safe Area for Macqueen’s Bustard